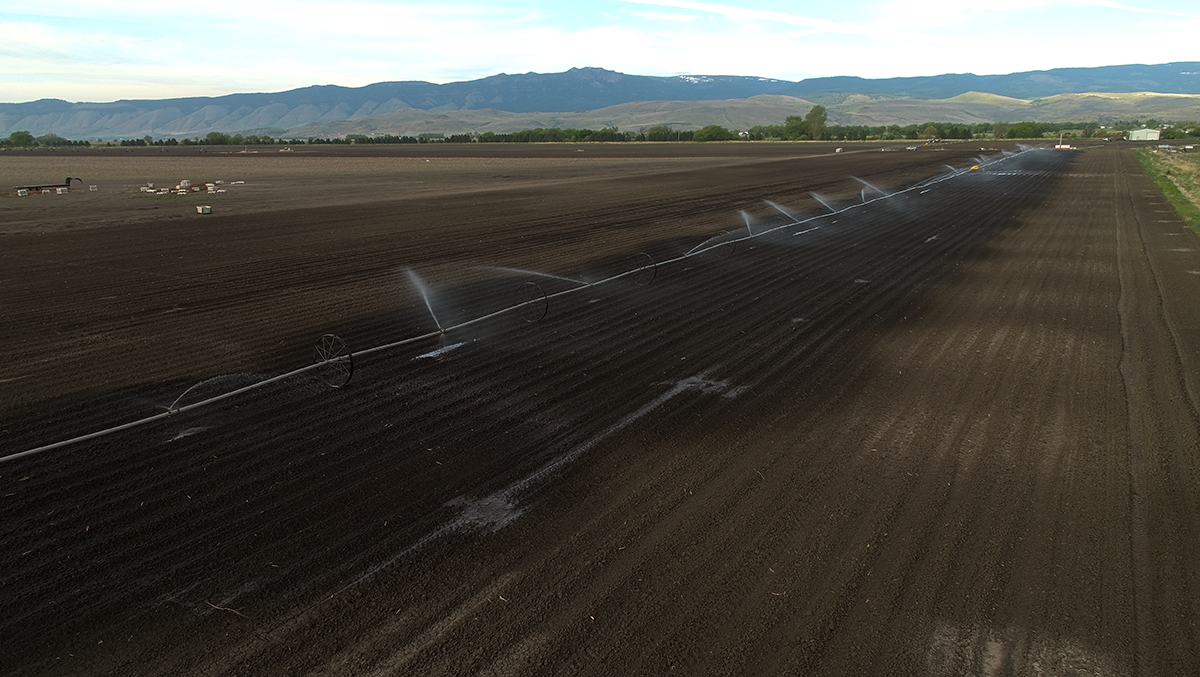 Trends in organic food consumption in the United States, as well as the level of imports of organic feed grains, indicate more farmland in the U.S. needs to be transitioned to organic production in order to satisfy growing domestic demand for organic food.   This represents a compelling opportunity for investment with clear and growing market demand and the potential for premium returns compared to conventional farmland investments.

According to the 2021 Organic Industry Survey produced by the Organic Trade Association (“OTA”), organic food sales in the U.S. increased a record 12.8% in 2020 from 2019 levels, reaching a new high of $56.5 billion.  Since 2011, growth in total organic food sales have averaged approximately 9% annually. As a result of this strong long-term growth, the OTA estimates that almost 6% of total food sold in the U.S. was certified organic last year, as opposed to 3.4% in 2010.

Comparing the growth in sales of organic food products that require substantial organic feed grains, such as meat and dairy products, to the growth in certified organic farmland acres suggests an increasing deficit of organic feed grain production in the U.S.   Indeed, from 2008 to 2019, domestic production of organic grains (corn, soybeans, barley, oats, and wheat) grew almost 80%, from approximately 600,000 to over 1,000,000 certified organic acres, according to the USDA. Over a similar time period, USDA data shows that sales of organic livestock and livestock products grew nearly 3 times as quickly, increasing from approximately $1.3 billion to over $4.1 billion, nearly 216% growth.

Without additional organic acreage, the U.S. reliance on imports will continue to grow as demand for organic feed grains increases.  Imports of organic grains is not only a missed opportunity for American farmers but also raises concerns about the integrity of organic certification in the countries that are supplying organic grains to the U.S., including Turkey, Argentina, and India.  Concerns about fraudulent organic certification of products from major import markets have led the USDA to start to crack down on illegal activity.

The production of organic feed grain crops offers the opportunity for greater financial returns compared to conventional crops, with organic grain prices typically falling in the range of 2 to 3 times that of conventional grain prices. On a well-managed farm, these price premiums can more than offset lower crop yields and higher costs that may result from organic farming.  Also, these price premiums have meaningful runway to continue because growth in organic feed grain consumption in the U.S. is outpacing growth in domestic production and this gap is being filled by imports which are significant and potentially problematic.

The attractive financial returns from organic farming do not come without challenges, however.  One primary challenge is having the financial resources to transition conventional farmland to certified organic.  Achieving organic certification requires a two-year period between the most recent chemical application and crop planting. During this transition period, crop yields will be lower, and crops can be sold only at conventional prices. Therefore, converting to organic production requires capital to support up to two years of potential financial losses. Another major challenge for producers is obtaining the technical training needed to transition to organic production.  Although the USDA and private organizations offer programs to assist farmers in learning organic production, the uptake has been slow with less than 1% of U.S. farms producing organically based on USDA data.

For investors and farmers with the resources to overcome the investment and educational hurdles, organic production is typically more profitable than conventional production.  According to research by Purdue University professors, the net return to land from organic corn production from 2015 to 2019 was 8.1 times higher than conventional corn while the same ratio for soybean production was 2.3 times.

Organic feed grain acreage has increased substantially over the past 12 years but has not kept pace with the growth in organic food demand.   As a result, while the U.S. is the leading producer and exporter of conventional feed grains, it ironically imports substantial amounts of organic feed grains.  Despite substantial price premiums for organic grains, the transition to organic production has lagged demand due to the investment required to do so and the need for education and training.   These threshold issues can be overcome with a properly capitalized farming operation and access management teams with expertise in organic production.