Rice Production in the United States 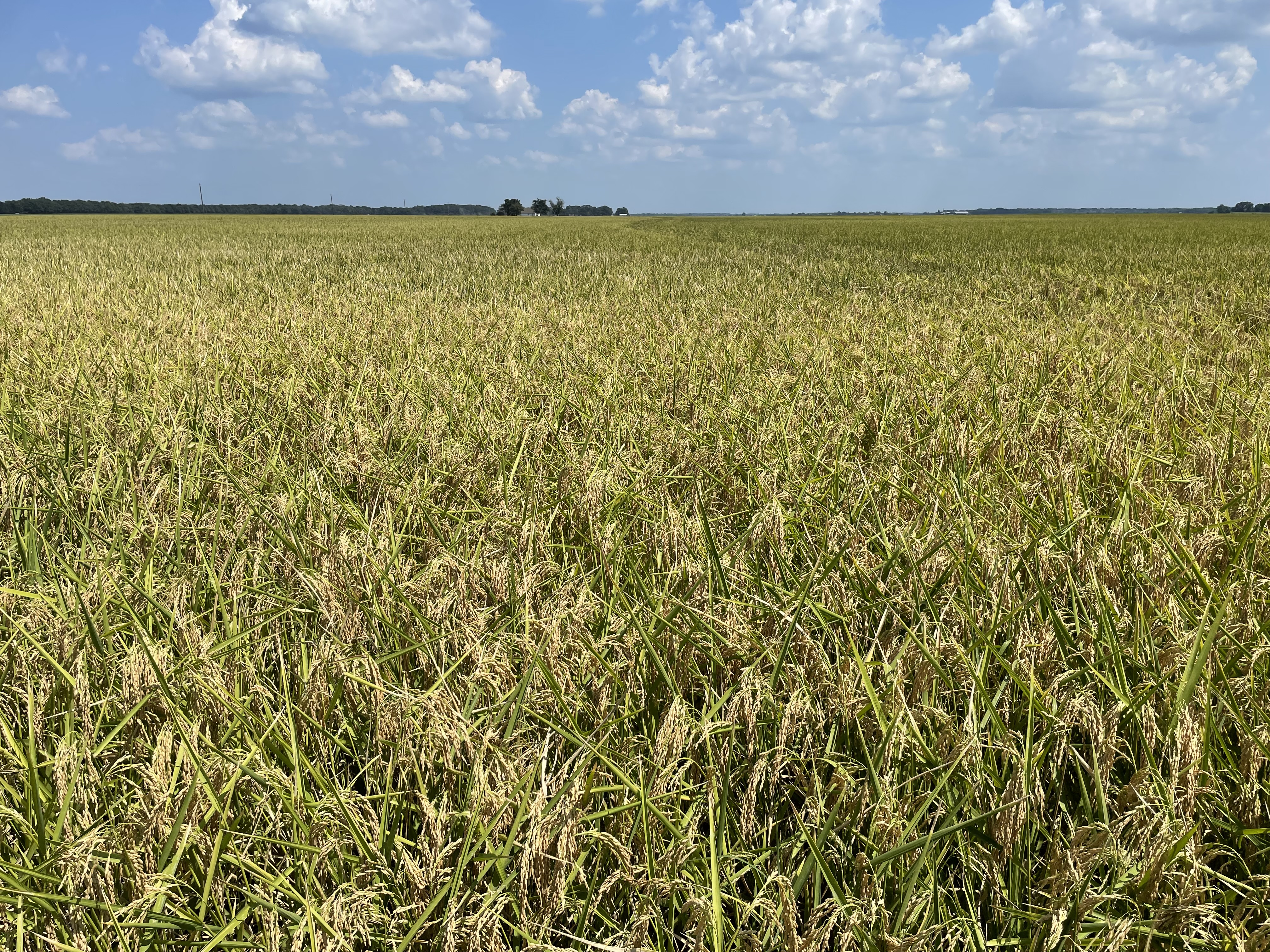 Peoples Company is proud to partner with George Baird, AFM of Landmark Ag Capital LLC in the Arkansas Delta. George grew up on a cotton farm in Sunflower County, Mississippi and brings a rich wealth of knowledge on a diverse list of southern U.S. crops.

Rice plays a vital role in United States agriculture production even though it’s not as large as other commodity sectors. The rice industry contributes more than 34 billion dollars annually to the economy and provides more than 125,000 jobs. U.S. producers grow 20 billion pounds annually with acres spread across Arkansas, California, Louisiana, Missouri, Mississippi & Texas. Arkansas alone produces over 50% of rice grown in the U.S. or more than all the other states combined.

Where does all the rice go? Roughly 80% is consumed domestically and the other 20% is exported to more than 120 countries around the globe. A large portion of the rice produced in Arkansas goes to Anheuser Busch, for beer production, with the balance going to restaurants and grocery stores for table consumption.

The Uniqueness of Growing Rice

A common misconception is that rice must grow in standing water. But the critical component is keeping the soil profile wet throughout most of the growing season. This can be done in several ways, but the most traditional way is through flood irrigation typically done 30 to 45 days after planting. 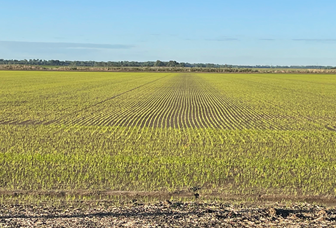 There are critical water management steps in the early growth stages of a rice plant:

1. The rice field is sprayed for weed suppression post planting. If dry conditions persist, the rice might need to be initially flushed (briefly irrigated) to activate the chemicals and assist with seed emergence.

2. The field then remains dry until the rice reaches 8" to 10" tall (this is typically a couple of weeks).

3. The rice is fertilized when at the 8" to 10" growth stage, and then put under water. The goal is to maintain a flood on the plants' rice fields of 2" to 4" until 2 to 3 weeks before harvest. This is sometimes referred to as “permanent flood.”
Note: Flooding height is critical for plant health. Rice contains openings called stomata where gas and water pass between the plant and atmosphere. If the stomata are underwater for an extended period, the plants will die.

One of the primary reasons for flooding fields is to suppress weeds that directly compete for plant nutrients, sunlight, and water availability. This competition can decrease nutrient availability, which ultimately hurts yield. The standing water also deters insects and pests in a field and helps keep the rice plants cooler during the growing season.

Rice fields are commonly configured in three ways: contour levee, straight levee, and zero grade. More recently, there has been an addition of row rice which allows for reduced water usage and increased weed control. 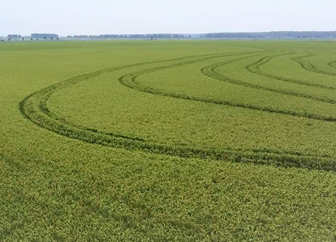 Image: Contour levee rice field in mid-season. The levees can be seen on a curve, following the natural fall of the land.

1. Contour Levee fields have levees or dikes that follow the natural contour. The levees are laid out by surveyors which provide markers in the field that farmers can follow pulling a levee plow.

2. Straight-Levee fields involve a leveling and design plan. Producers hire leveling crews to come in and set up their fields to allow them to reduce the number of levees, making the field more efficient to operate.

Operating a field set up in this manner has several advantages. Having fewer levees and/or levees set up straight allows producers to complete early season application of fertilizer and chemicals with ground rigs rather than resorting to airplanes. It allows for decreased water usage and increased yields with fewer levees to deal with.

3. Zero Grade Rice fields are also set up mechanically, but they are designed to be flat rather than having a consistent slope across the field. The absence of levees makes it possible for early season applications by tractor and spray rigs before flooding. Like straight levee fields, the goal is to reduce water usage and increase operator efficiency resulting in higher yields and returns.

Since rice is typically grown on the heavier ground, setting up a field to be zero grade can limit crop rotation compared to a field set up as a straight levee field. Wet growing seasons could be harmful to crops such as corn and soybeans on these heavier flat fields.

4. Row Rice is the newest method in rice production with increased acres each year. Rice is drilled directly into a row that has been bedded in a traditional method. The initial early season applications are done mechanically and in a similar manner. Rather than maintain a continuous flood, the goal is to maintain a wet soil profile throughout the growing season using an alternative wetting system (AWS).

Weather and soil types can make timing vary, but the producer would typically irrigate the rice field or water the rice down the row from 2 to 3 days a week or 4 to 6 days a week. It is possible that this water reduction can increase weed pressure, which in return drives up chemical costs. However, row rice also allows crop rotation traditionally not considered with rice.

Each of these systems are viable options with associated benefits and should be given consideration when improving a property or when assessing a property for an acquisition. 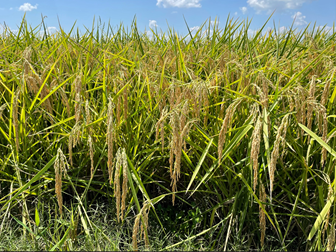 Image: Rice 2 to 3 weeks prior to harvest. 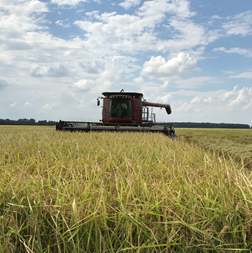 Rice is a lucrative crop and often outperforms or is at least comparable to corn and cotton returns. Rice also has a strong PLC (Price Loss Coverage) subsidy payment for those eligible to receive payments, providing security when rice prices fall below certain thresholds.

The following farm example is 400 acres with 50% rice and 50% soybeans. The lease on this farm is 25% net share arrangement (no production cost).

At first glance, it might make financial sense to grow continuous rice. There are situations where people are doing so, but there are also other factors to consider in crop rotations.

Peoples Company Land Managers are equipped to discuss all aspects of crop production with landowners in every corner of the country. Those interested in learning more about rice production are encouraged to reach out to Land Manager George Baird, AFM at 901.483.0373 or gbaird@landmarkag.net.