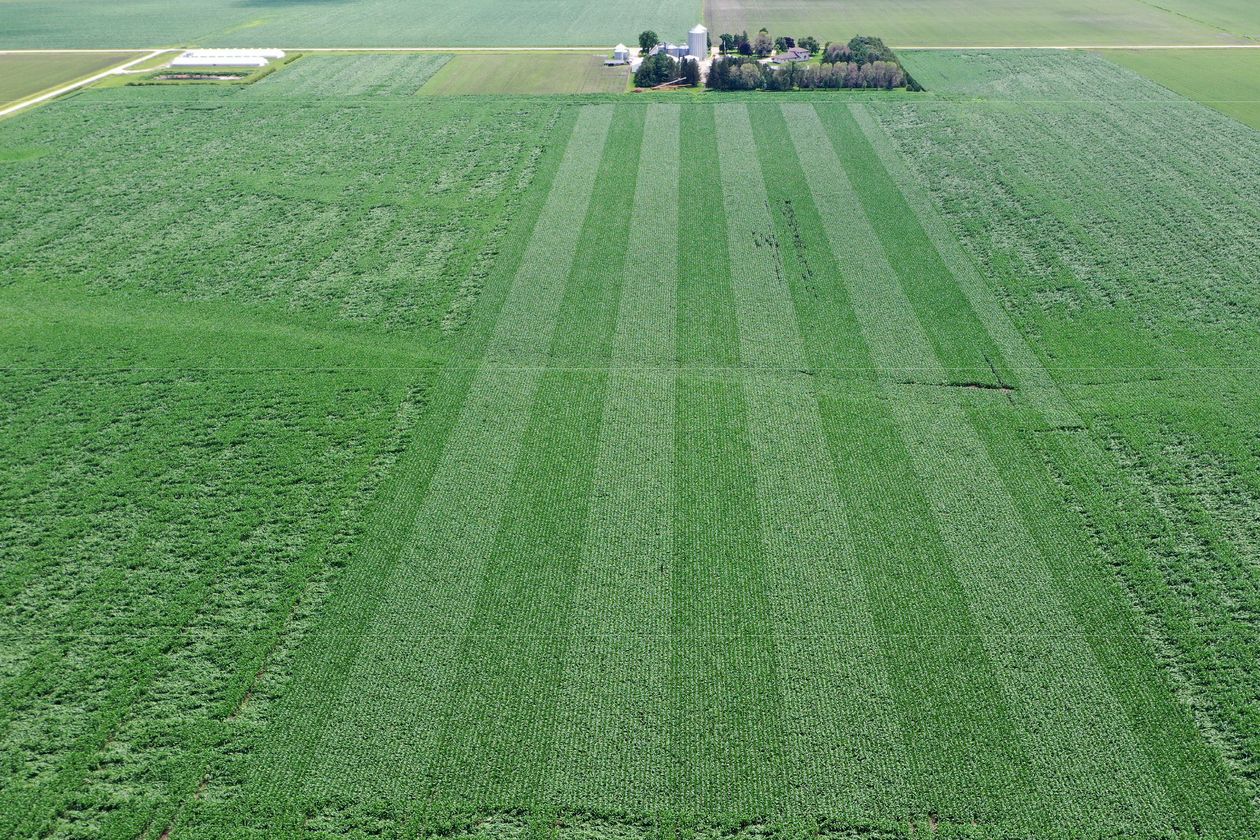 What is happening in South Dakota is playing out in farming communities across the nation as the value of farmland soars, hitting record highs this year and often pricing out small or beginning farmers. In the state, farmland values surged by 18.7 percent from 2021 to 2022, one of the highest increases in the country, according to the most recent figures from the Agriculture Department. Nationwide, values increased by 12.4 percent and reached $3,800 an acre, the highest on record since 1970, with cropland at $5,050 an acre and pastureland at $1,650 an acre.

A series of economic forces — high prices for commodity crops like corn, soybeans and wheat; a robust housing market; low interest rates until recently; and an abundance of government subsidies — have converged to create a “perfect storm” for farmland values, said Jason Henderson, a dean at the College of Agriculture at Purdue University and a former official at the Federal Reserve Bank of Kansas City.

As a result, small farmers like Mr. Gindo are now going up against deep-pocketed investors, including private equity firms and real estate developers, prompting some experts to warn of far-reaching consequences for the farming sector. Read More

Farmland sales continue to smash records. The latest is a record land sale that cashed in at $30,000 per acre. So, is it a trend or a one-time phenomenon?

The record-breaking sale this month made its rounds on social media. In Sioux County, Iowa, 73 acres sold for $30,000 per acre, with a total price of more than $2.1 million. A local farmer purchased the land, so now a major question remains: Where does this unbelievable land market end?

“That's a really good question because I wouldn't have bet we'd ever see a $30,000 sale this year, either,” says Brent Gloy of Agriculture Economic Insights. Read More

Strong commodity prices are creating opportunities for U.S. farmers to profit despite the risks posed by drought and higher production costs, said the Ag Finance Update by the Kansas City Federal Reserve Bank. Farmland prices surged an average of 20% in the Farm Belt during the summer as buyers shrugged off sharply higher interest rates.

“Demand for farmland has remained strong alongside strength in the farm economy but the acceleration in values over the past year has shown signs of easing in recent quarters,” said the monthly Update. The 20% increase for non-irrigated cropland during the third quarter — July, August and September — was the smallest since early 2021. Read More

A change coming for corn farmers could ripple through mazes, scary movies and Broadway show tunes.

Seed companies are investing millions of dollars into developing new and hardier varieties of corn—but they are several feet shorter than normal, growing to about 6 feet instead of the usual 9.

The corn could use less water and stand up better against strong prairie winds. But the step down in height is unsettling for some farmers who associate taller corn plants with more grain production. Read More

Thousands of farmers in China have started to grow a remarkable new version of rice, one that realizes an old scientific dream. It's a perennial form of the grain, which doesn't have to be planted anew each season, but emerges year after year from long-lived roots in the soil just as many wild grasses do.

Researchers at Yunnan University in Kunming, China, worked for more than two decades to create this rice, and have now revealed details of their success in the journal Nature Sustainability. Their perennial rice, they report, requires much less labor, dramatically reducing a farmer's costs while producing about the same amount of grain. Its long-lived roots may deliver big environmental benefits, too, although scientists need more data to confirm that. Read More

Alaska's boreal forest is one of the largest trappers of carbon dioxide in the world. But as the state warms twice as fast as the rest of the U.S., once frozen land is now thawed out and up for grabs.

"I see climate change in Alaska as an opportunity to bring in more crops, to develop more land," said Erik Johnson, who oversees the Nenana-Totchaket Agricultural Project for the Alaska Department of Natural Resources.

In October, the project began auctioning off 140,000 acres of the forest, divided into parcels, to the highest bidders from all over the world. Read More