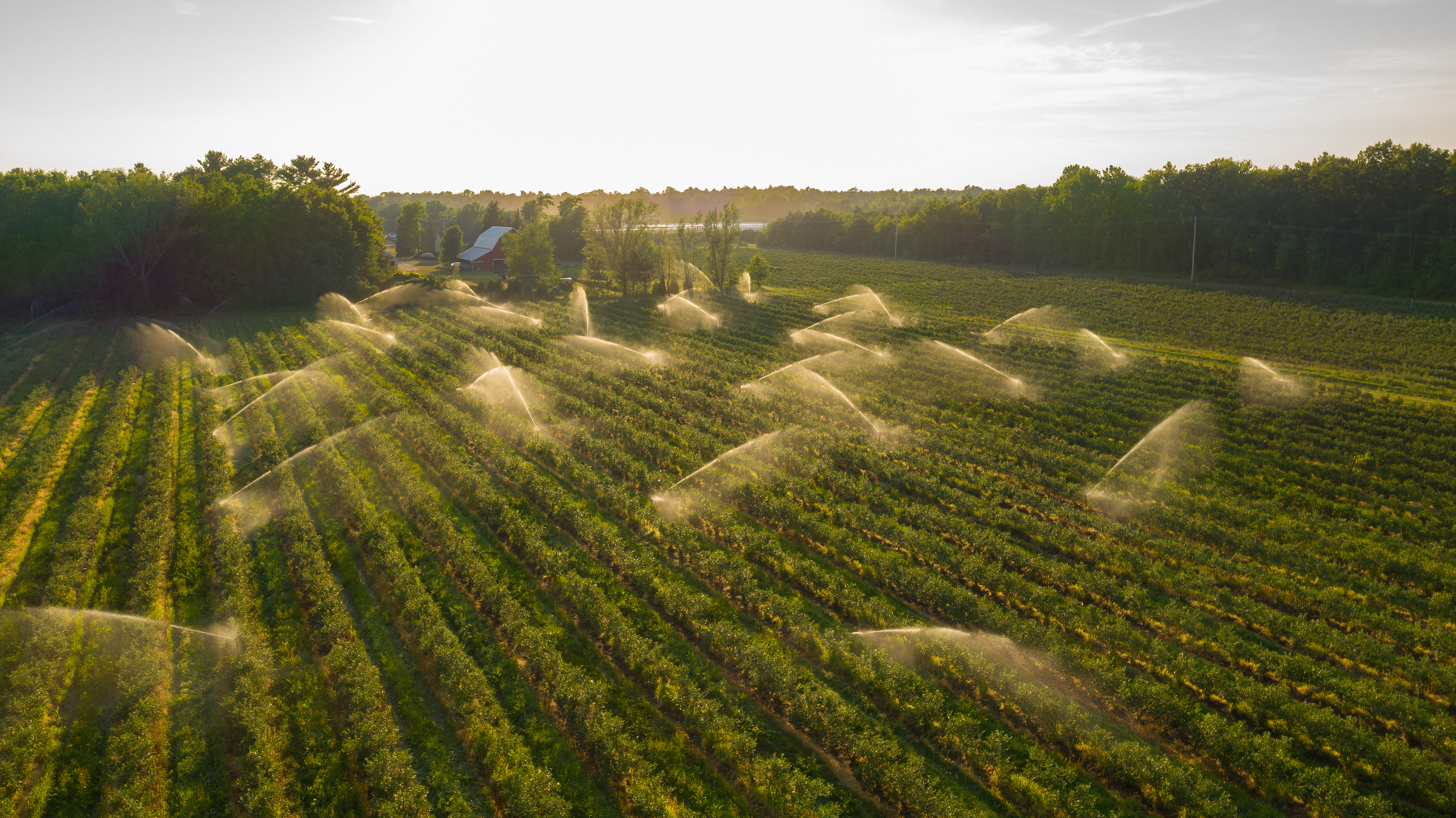 According to the Michigan Department of Agriculture and Rural Development, Michigan produces more than 300 commodities on a commercial basis.  The food and agriculture industry contributes over $100 billion annually to the state’s economy.  Of which, livestock (including dairy) has the greatest economic impact at $5.13 billion, followed by field crops with an economic impact of $5.12 billion.  Michigan has just under 10 million acres of farmland and the state is home to roughly 47,600 farms.

The investment into agricultural real estate by institutional investors is prevalent in the market.  In particular, Michigan is a choice area of investment due to its diverse climate and crops, access to water, and low chance/low impact of drought conditions.

Michigan’s diversity is indicated by the volume of acres harvested for specialty crops. 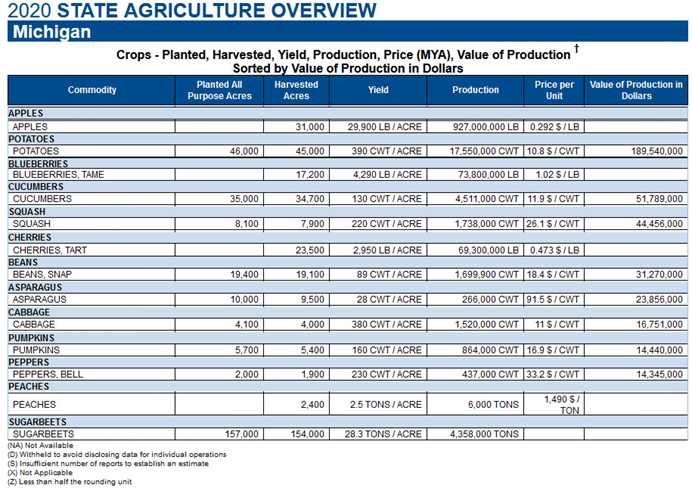 (Source: Information from the 2020 State Agriculture Overview published by NASS-USDA, edited for size)

Michigan also ranks sixth in the nation in milk production, however, that may soon change given the recent construction of a $555 million dairy processing facility in St. Johns, Michigan.  Circa October 2020, a new $555 million dairy processing operation in St. Johns, Michigan began taking milk deliveries.  The facility is the largest food processing plant in Michigan.  The facility is a blessing for the states 350 dairy farmers.  Up until the facility was built, Michigan’s dairy farmers had very few options for milk processing in the state.  The largest concern was the cost of transporting raw milk to a dairy processing location, which in some cases, was out-of-state, prior to the construction of the St. Johns facility.

According to mLive.com, Michigan Sugar is investing $65 million to build a de-sugarization facility in Bay City to extract more sugar from molasses.  The facility is anticipated to have a positive effect for years to come on Michigan’s sugar industry.  The project is anticipated to begin in the Fall of 2021 and take 18-24 months to complete.  In essence the facility will allow a higher amount of daily processing and allow for a higher rate of sugar extraction from molasses, thus, providing more revenue to the sugar industry with the same level of sugar beet production.  The construction of the new facility is anticipated to be a win-win for all parties involved in the sugar industry.

Every year the United States Department of Agriculture, via the National Agricultural Statistics Service, publishes a report on land value trends.  According to the Land Values 2021 Summary (August 2021), cropland in Michigan averaged $4,480 per acre in 2020 and the average in 2021 increased 4.9% to $4,700 per acre.  Pastureland in Michigan averaged $2,600 per acre in 2020 and saw an increase of 5.4% in 2021 to $2,740 per acre.  The Federal Reserve Bank of Chicago’s Agricultural Newsletter published in February 2021 states that Michigan saw an increase of 4% in dollar value of “good” farmland from January 2020 to January 2021.

Market Tailwinds
Given the presence of the Great Lakes, groundwater is typically abundant, and drought is very uncommon. Corn futures are likely going to stay high; the Covid19 pandemic likely caused more exports which has led to increased grain prices.  With the potential for inflation in the U.S. given the monetary policy and spending programs as of late, the U.S. dollar could weaken, which could allow foreign currencies to buy more commodities, thus bolstering commodity prices for years to come.

Additional market tailwinds include the continued low financing rates/interest rates and the continued uncertainty with food demands and the increased desire for global food security caused by the Covid19 pandemic.

Market Headwinds
Local market headwinds include the increased cost and/or shortage of labor and the increased input costs in farming operations, such as logistics/shipping costs and delays in shipping, which could reduce the certainty of cash flow, further hampering farming operations.  As a result of the pandemic, freight/trucking came in high demand, and costs are often quoted as being 5x to 10x normalized costs due to spike in demand to move product.

Additionally, recent headwinds to the industry came from the decreased demand for food products due to the shutdown of restaurants as health concerns from the Covid19 pandemic became front page news.

In conclusion, Michigan is an appealing agricultural market due to the abundance of ground water, low drought potential, and diversity of climates and commodities.  Michigan has many stabilizing features that attract investors to the market.