Cotton, to some, is one of the most beautiful crops during the growing season and before harvest. Typically, cotton is considered a warm weather plant. It does not like having “wet feet” and prefers to grow in sandy or loamy soils. For reference, cotton requires about 50% of the water that it takes to irrigate corn. Unlike most crops, cotton is planted shallower (1/4” –  3/4”) compared to corn or soybeans, which are normally planted 1” – 2” deep. Depending on soil types and moisture availability, seed depth may vary slightly. Some farmers are known to plant cotton in beds for furrow irrigation if an inadequate supply of moisture is present. This will help address the water on or off the field, depending on where the water is directed. Cotton is considered a perennial plant but treated as an annual plant due to crop mixes and soil health for future crops. The typical date to plant cotton is anywhere from early April to early May.

Due to recent unfortunate weather patterns throughout the Mid-South, farmers are having a tough time getting seed in the ground, which has forced them to plant into the middle and later part of May. In 2022, local farmers were blessed with better weather in the late spring, planting conditions improved, and everything was planted within a few hectic weeks. Cotton is considered a tricky plant to grow due to the numerous required applications of chemicals (pesticides and herbicides) throughout the growing season. However, if the plant is left untreated, it would grow for multiple years given proper weather conditions. As stated above, cotton is treated as an annual plant due to crop mixes on the farm, soil health, and future crop rotations. Once harvest season has arrived, the crop must be defoliated for the cotton picker to perform its job proficiently. When harvesting cotton, the primary practice is forming round “modules” or bales. When building a module, loose cotton lint is picked from the cotton bolls and stored in the picker. Once the picker gets full, a round bale is formed in the picker, wrapped in plastic, and dumped out of the back of the machine. For lack of better terms, think of a chicken laying an egg! Each round module consists of 4,500-5,000lbs of raw cotton, yielding roughly 4-5 raw bales of ginned cotton (480lbs per bale). It takes 1,150lbs of raw cotton (lint, seed, and trash) to produce one 480lb bale. Fun fact, a single round bale of cotton can be made into 800 men’s dress/business shirts, 3,000 diapers, 1,200 pillowcases, 850 women’s blouses/shirts, or 313,600 $100 bills! 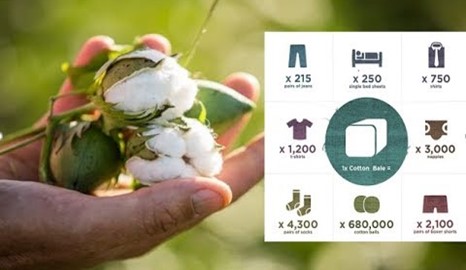 The outlook for the 2022/2023 crop season for cotton holds a bunch of uncertainty. The initial projections hold a slightly higher world production rate and lower mill use percentage than the previous crop year. Ending stocks are expected to be marginally lower due to mill use exceeding production for the third consecutive year by 122 million bales. The World projection of produced cotton is pegged at 121.1 million bales, which is 2.6 million bales above the previous year. The 2022/2023 production is led by China, India, and the United States; India is projected to have an increase in production from 2021/2022. 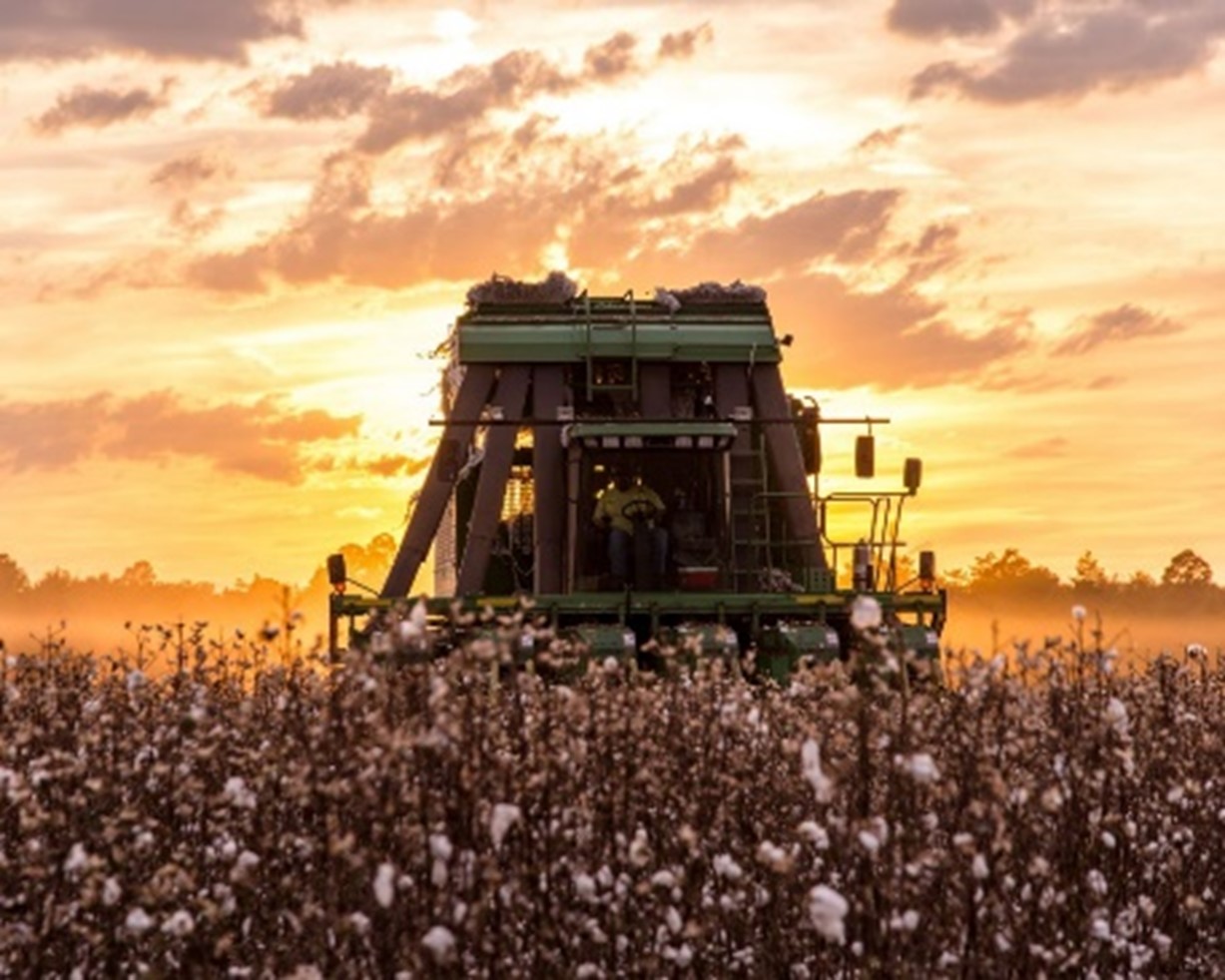 The United States’ production is projected to be lower due to drought-like conditions throughout the Southeast, especially in Texas and Louisiana. In early 2022, the markets in February and early March had a rally in grain prices, which bumped the corn: cotton ratio to 6.3, which then suggests a downshift in cotton acreage to 11-12 million. As far as U.S. production is concerned, 2.5 million bales are going to be used for domestic use, while 14.5 million bales are going to be exported. 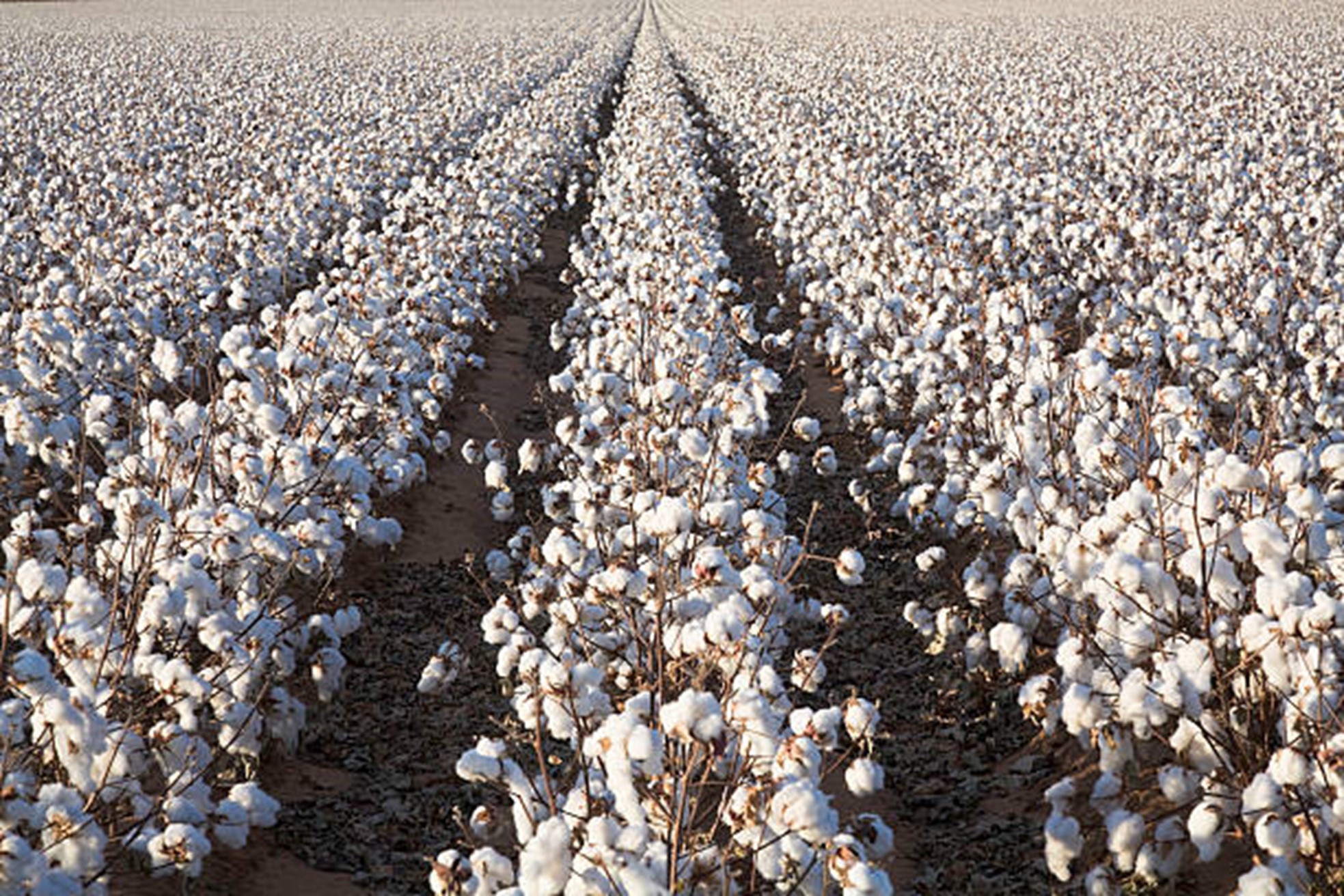 The current demand for cotton has increased as the price of materials derived from oil has gone up. Cotton prices are very volatile, which means the prices could fluctuate at any given moment. For instance, wheat prices soared with an immediate response as soon as Russia invaded Ukraine. This is attributed to Ukraine being one of the top global wheat producers and exporters. In comparison, the cotton market hit an 11-year high in early May of 2021 due to the Winter Olympics commencing, and China (the United States’ biggest exporter) bought millions of bales of cotton from around the world to produce apparel. The drought throughout Texas and Louisiana may reduce harvested acres, thus playing a big role in price fluctuations. In the 2022/2023 crop season, the cotton market may see a near short-term shortfall either due to an excess in demand or inadequate supply.

Those interested in learning more about cotton production are encouraged to reach out to George Baird, AFM, or Drew Cohn in the Landmark Ag / Peoples Company Delta Office. 901.483.0373

Challenges in the Valuation of Permanent Plantings