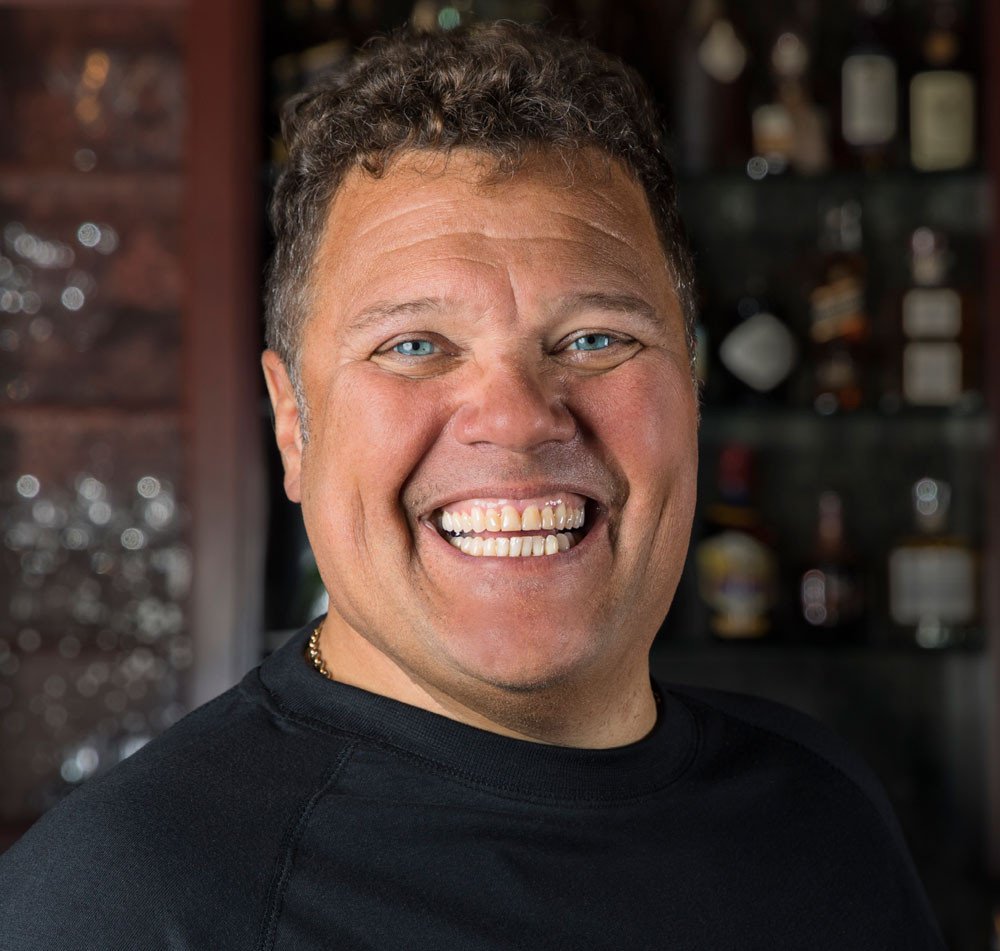 Jimmy John Liautaud is the founder of the Jimmy John’s Sandwich chain. Growing up dyslexic and graduating second to last in his high school class didn’t stand in the way of Jimmy starting one of the fastest growing restaurant chains in the nation. At the age of 19, he borrowed $25,000 from his dad and opened the first Jimmy John’s in January of 1983 in Charleston, Illinois, near Eastern Illinois University. The original menu started with only 4 sandwiches at 2 bucks each and 25 cent Cokes.

Today, Jimmy John’s has over 2,800 locations in 48 states. In 2017, Liautaud and Jimmy John’s were recognized with the Dealmaker of the Year award from Franchise Times for selling a stake in the business to Roark Capital. His lifework at Jimmy John’s has also earned him and the company recognition including: #1 Franchise by Forbes in 2016, Top Franchise of 2015 by Entrepreneur, Nation’s Restaurant News Golden Chain Award, and Ernst & Young’s Entrepreneur of the Year. In 2018, Liautaud was named a Horatio Alger Award recipient, an award that honors outstanding Americans who have succeeded despite adversity. The same year, he was also named to the Forbes Billionaires list. In 2019, Jimmy merged his remaining stake in Jimmy John’s into Inspire Brands and remains a shareholder in the company today. He has now shifted his focus to his Foundation’s philanthropic work and his family investment company.

In 2017, Jimmy, his wife and 3 children founded the Liautaud Family Foundation. The Foundation focuses on medical research of obesity and pancreatic cancer, conservation of wildlife and clean water, and children facing adversity.

Some of the Foundation’s notable contributions include, Congressional Sportsmen’s Caucus, Boys & Girls Club, Big Brothers, Big Sisters. They have given millions to multiple wildlife conservation projects in South Africa, and to wild sheep re-population projects in North America and Eastern Asia. One of the family’s favorites is the Horatio Alger Association, which provides scholarships to high school students who have overcome extraordinary adversity.

Jimmy has a passion for empowering his teammates. He is a mentor and a champion of people who want to help themselves. Liautaud has been a featured speaker at numerous universities and professional organizations to share his American Dream story.

Liautaud also had the honor to co-chair President Trump’s small business council with Mark Cuban during the early stages of the Coronavirus Pandemic.

Jimmy was born in Illinois, and currently resides in Nashville, Tennessee, and Key Largo, Florida. 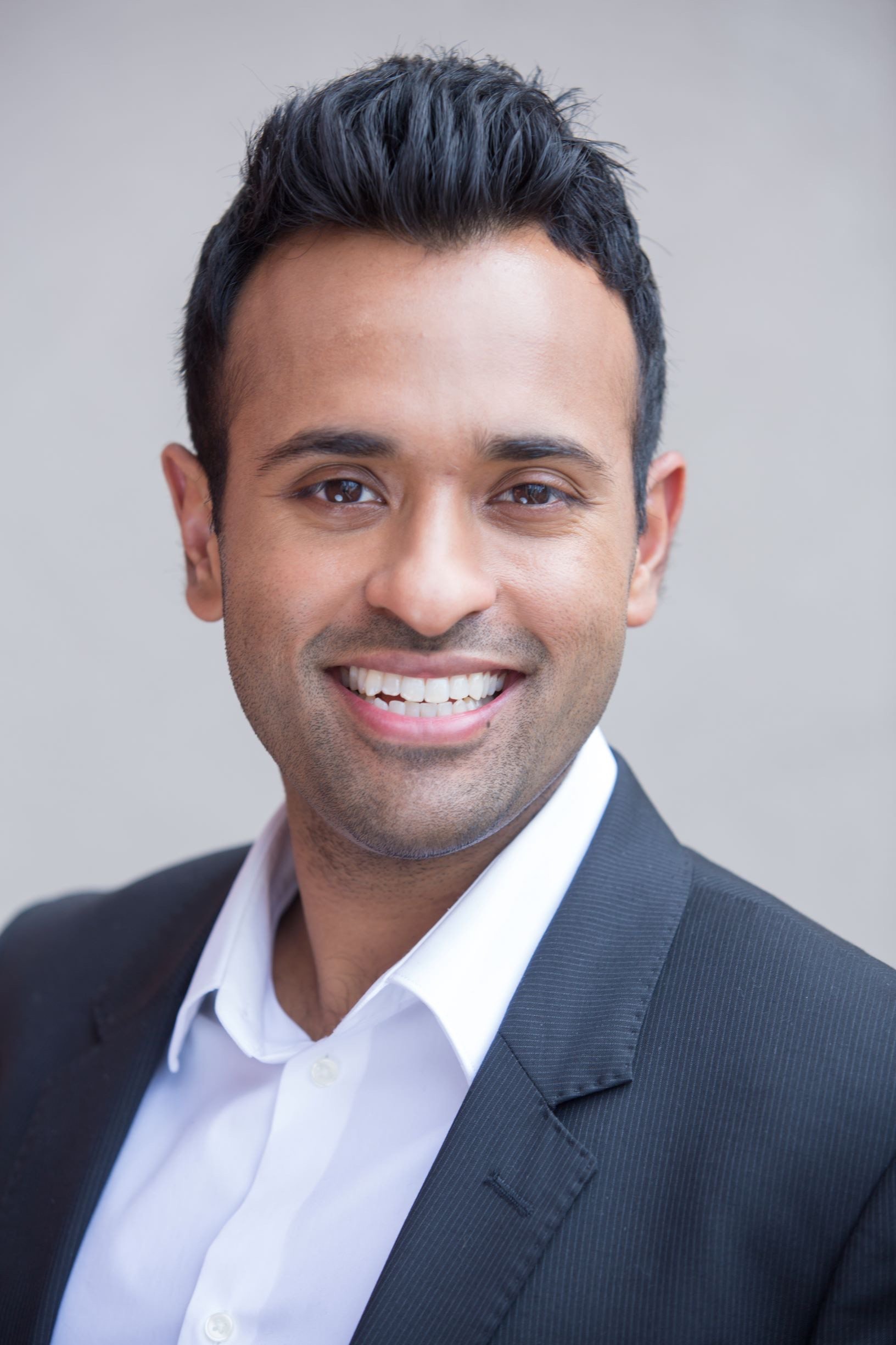 Vivek Ramaswamy is a New York Times bestselling author and an entrepreneur who has
founded multiple successful enterprises. A first-generation American, he founded Roivant
Sciences in 2014 and led the largest biotech IPOs of 2015 and 2016, eventually culminating in
successful clinical trials in multiple disease areas that led to FDA approved products. He has
founded other successful healthcare and technology companies, and in 2022, he launched
Strive Asset Management, a new firm focused on restoring the voices of everyday citizens in the
American economy by leading companies to focus on excellence over politics.​​

In 2020, he emerged as a prominent national commentator on stakeholder capitalism, free
speech, and identity politics. He has authored numerous articles and op-eds which have
appeared in The Wall Street Journal, The New York Times, and Harvard Business Review and
regularly appears on national television networks including CNBC, Fox Business, and Fox News
Channel. He is the author of Woke, Inc.: Inside Corporate America's Social Justice Scam and
Nation of Victims: Identity Politics, the Death of Merit, and the Path Back to Excellence.

Mr. Ramaswamy serves on the board of directors of the philanthropy Roundtable, the
Foundation for Research on Equal Opportunity, and St. Xavier High School. 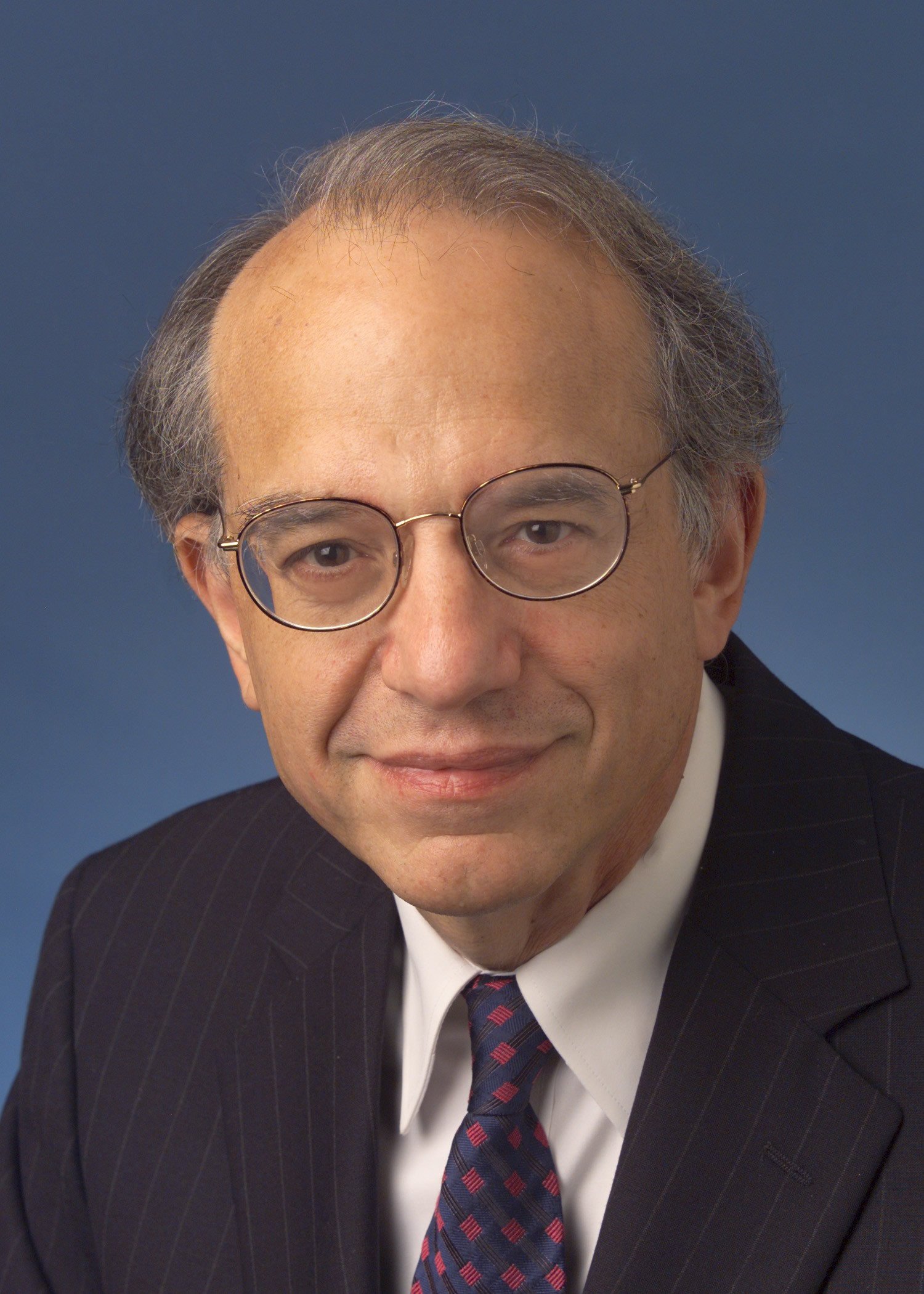 Jeremy Siegel is the Russell E. Palmer Professor Emeritus of Finance at The Wharton School of the University of Pennsylvania, having recently retired after 44 years of active service.  He graduated from Columbia University in 1967, received his Ph.D. in Economics from the Massachusetts Institute of Technology and taught four years at the Graduate School of Business of the University of Chicago before joining the Wharton faculty.

Prof. Siegel is the author of numerous professional articles and two books.  His bestselling book, Stocks for the Long Run, which has been named by the Washington Post and Business Week as one of the ten-best investment books of all time, has just published its sixth edition and has sold nearly one-half million copies. His other book, The Future for Investors was named one of the best business books published in 2005 by Business Week, the Financial Times, and Barron’s magazines.

In addition to his professorship at Wharton, Prof. Siegel is the Academic Director of the Securities Industry Institute and the Senior Investment Strategy Advisor of WisdomTree Investments, Inc. 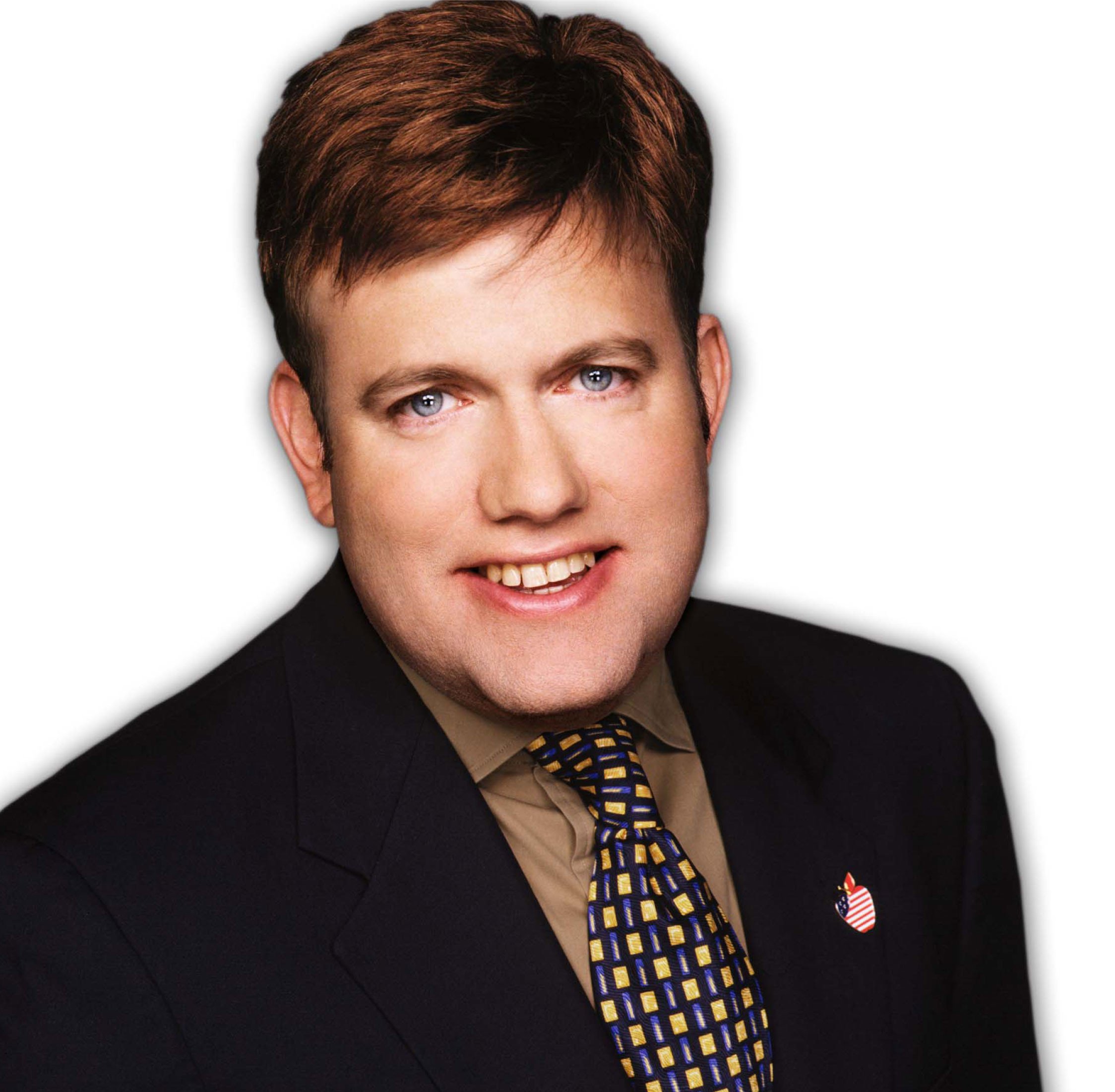 Dr. Frank Luntz may be the most widely recognized pollster in America. As a premier communications expert, Dr. Luntz is the coveted voice the political world turns to when it comes to understanding what people are thinking. Dr. Luntz is recognized globally for his political knowledge and his sought-after skill as a focus group leader.

Over the past 20 years, Dr. Luntz has written, supervised, and conducted more than 2,500 surveys, focus groups, ad tests, and, most notably, dial sessions in which respondents provide on-the-spot feedback to live events. A winner of the Washington Post’s coveted “Crystal Ball” award for being the most accurate pundit, Luntz’s focus groups have become so influential that presidential candidate Barack Obama noted “When Frank Luntz invites you to talk to his focus group, you talk to his focus group.”

More media outlets have turned to Frank Luntz for focus groups and consulting than to any other political pollster. The "Instant Response" focus group technique he pioneered has been profiled on 60 Minutes, Good Morning America (on Election Day), and on PBS's award-winning Frontline. He also served as a consultant to the NBC hit show The West Wing.

His enthusiasm for the art and science of language creation has prompted him to write about the power of language for The Wall Street Journal, The New York Times, Los Angeles Times, Financial Times, The Times of London, and The Washington Post. He is also the author of three New York Times bestsellers:  Words That Work: It's Not What You Say, It's What People Hear, which offers a behind-the-scenes look at how the tactical use of words and phrases affects what we buy, who we vote for, and even what we believe in. He is also the author of What Americans Really Want... Really: The Truth About Our Hopes, Dreams and Fears (2009) and Win: The Key Principles to Take Your Business from Ordinary to Extraordinary (2011).

Luntz puts on a show for audiences, having worked with a spectrum of media outlets and supervised more than 400 surveys for political and corporate clients around the world. Using cutting-edge technology, he provides a mini-masterclass on data – always with his pulse on the electorate and the consumer. 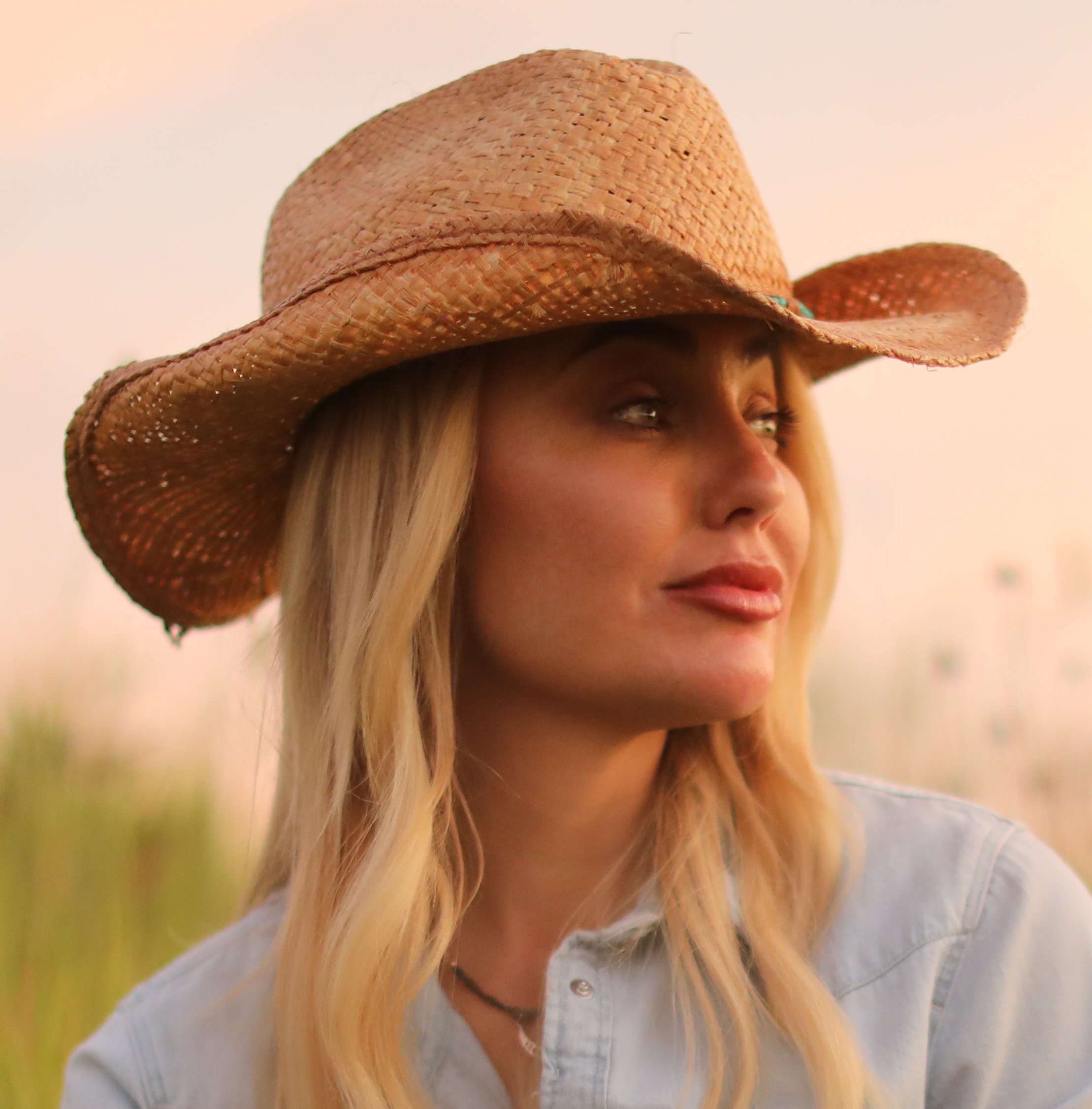 Sarah’s entrepreneurial spirit was nurtured at the young age of eight, while accompanying her mother on a summer produce route selling farm-fresh produce to grocery retailers in southern Illinois. The summer she turned 16, Sarah took over the delivery route and expanded it from 12 independent grocery stores to over 150. She managed her business while attending high school and college simultaneously. At age 19, starting with less than 100 acres of land that she purchased from the family, Sarah negotiated with Wal-Mart, the nation’s largest retailer, and successfully secured fresh produce contracts. Sarah turned her vision into reality with this expansive growth into retail grocery, which enabled her to bring her four older brothers into the business to help with business development and farm operations.

Her negotiation skills with Wal-Mart became the subject of a Harvard business case study. She has built one of the nation’s largest fresh produce growing and shipping operations, spanning across seven states and thousands of acres. Striving for more pieces of the value chain, she diversified the Frey Farms agricultural product offerings, creating more market share with the nation’s top retailers. She developed her retail and food service partners while pioneering sustainable business practices in agriculture.

Sarah serves on many industry-leading association boards, including the United Fresh Produce Association and was appointed by Agricultural Secretary Vilsack to the National Watermelon Promotion Board. She has been highlighted as one of the most influential women in agriculture serving in bipartisan Ag Advisory roles for multiple members of the US Congress and the Governor of the State of Illinois. Sarah has provided expert testimony to congress on issues ranging from the Farm Bill to Comprehensive Immigration Reform. She actively advocates for better nutrition in impoverished rural communities and provides dedicated support and resources to the nonprofit Feeding America.

Sarah attributes her American success story to humble beginnings on a small family farm, hard work and a healthy dose of Midwestern moxie. Her work continues in bettering the lives of those living in rural poverty providing scholarships and internships to students interested in pursuing a higher education with a focus on agriculture. 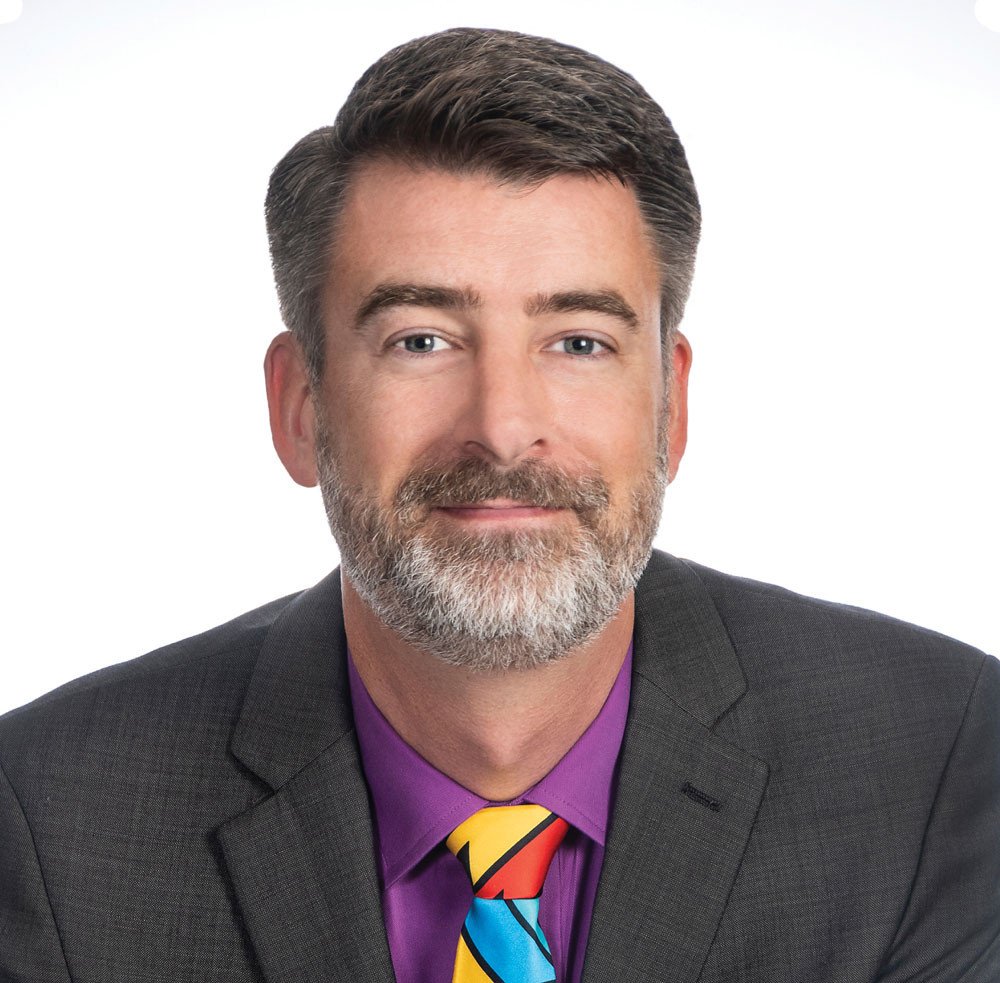 Peter Zeihan is a geopolitical strategist, which is a fancy way of saying he helps people understand how the world works. Peter combines an expert understanding of demography, economics, energy, politics, technology, and security to help clients best prepare for an uncertain future.

Over the course of his career, Peter has worked for the US State Department in Australia, the DC think tank community, and helped develop the analytical models for Stratfor, one of the world’s premier private intelligence companies. Peter founded his own firm — Zeihan on Geopolitics — in 2012 in order to provide a select group of clients with direct, custom analytical products. Today those clients represent a vast array of sectors including energy majors, financial institutions, business associations, agricultural interests, universities and the U.S. military.

With a keen eye toward what will drive tomorrow’s headlines, his irreverent approach transforms topics that are normally dense and heavy into accessible, relevant takeaways for audiences of all types.

Peter is a critically-acclaimed author whose first two books — The Accidental Superpower and The Absent Superpower — have been recommended by Mitt Romney, Fareed Zakaria and Ian Bremmer. His latest third title, Disunited Nations: The Scramble for Power in an Ungoverned World became available in March 2020.

Peter’s fourth book, The End of the World is Just the Beginning: Mapping the Collapse of Globalization, became available in June 2022. 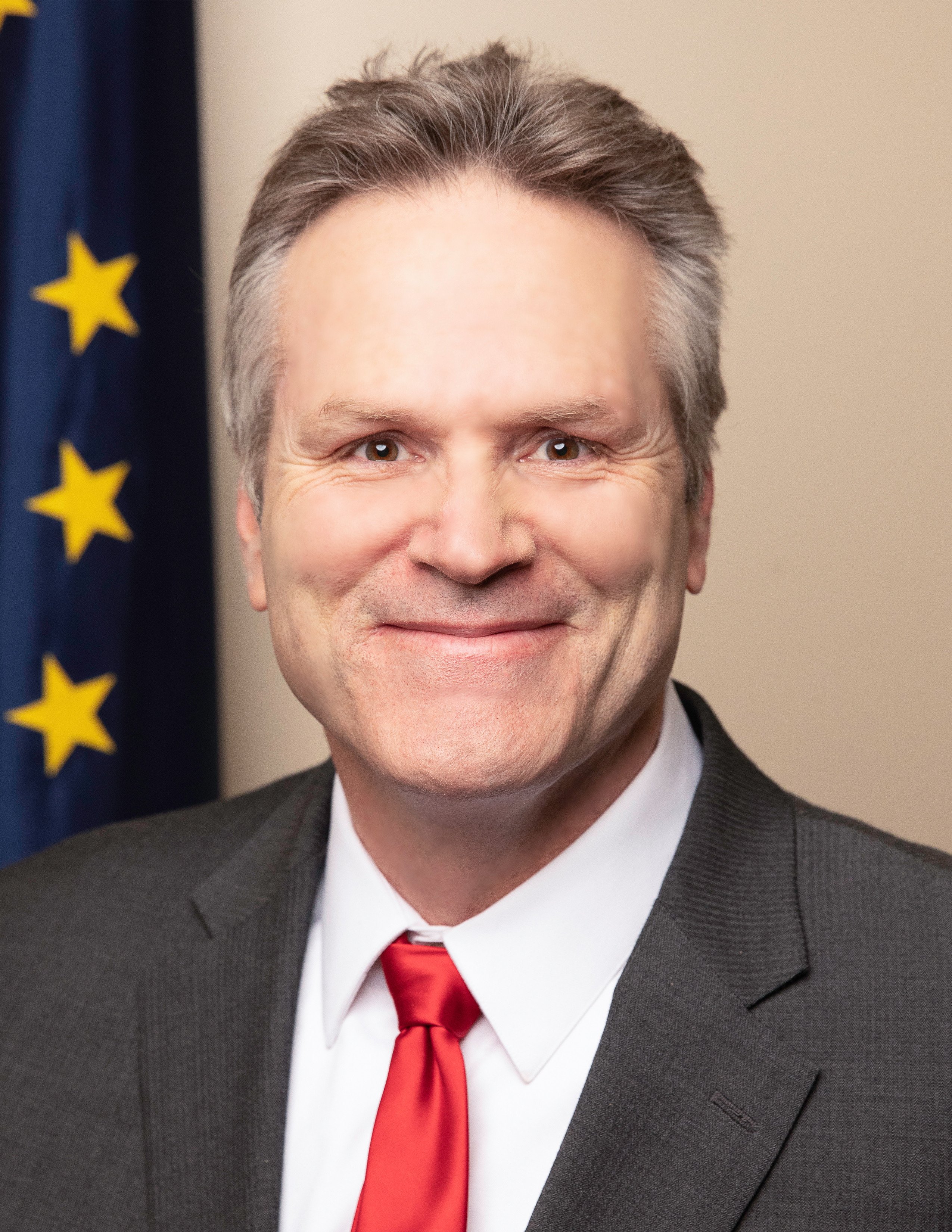 Alaska Governor Mike Dunleavy was born and raised in Scranton, Pennsylvania, whose anthracite coal deposits helped build the American industrial economy. As soon as he could, Governor Dunleavy finished school and headed north to Alaska, beginning his journey working in a southeast logging camp in 1983. From one corner of the state, Governor Dunleavy moved north by northwest, literally. There, in the Northwest Arctic for 20 years, Governor Dunleavy taught in some of the most rural schools in North America, as a teacher, a principal, and a superintendent.

It was in the Arctic that Governor Dunleavy met and married his wife and Alaska’s First Lady Rose, an Iñupiaq from the Kobuk River Valley village of Noorvik. Together they raised their three daughters, Maggie, Catherine, and Ceil, in both rural and eventually urban Alaska. All three of the Dunleavy daughters work in Alaska’s resource development industries.

In 2004, the Dunleavy family moved to the Mat-Su Valley. It was there that Governor Dunleavy began his public service on the Mat-Su School Board, including two years as the board president.

Governor Dunleavy was elected to the Alaska State Senate in 2012 and served until January 2018. In December 2018, Mike Dunleavy was sworn in as the 12th Governor of Alaska and this past November became the first Republican Governor to win a second term since Jay Hammond in 1978. 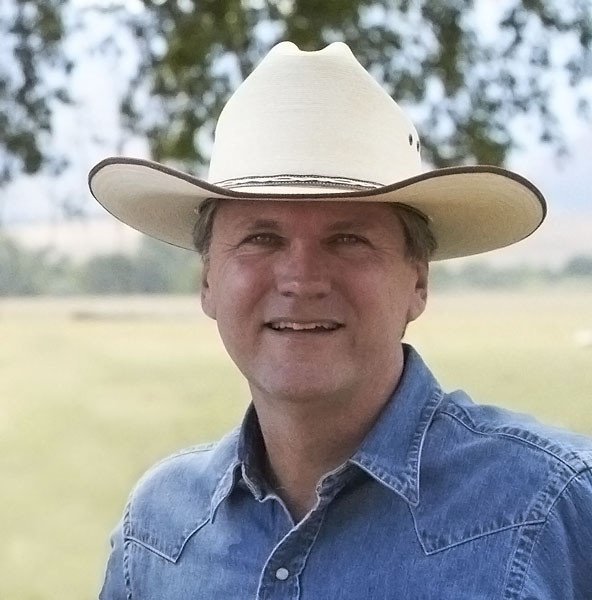 The founding editor of The Land Report, Eric O’Keefe has researched and reported on land an asset class nationwide, including timberland, ranchland, and of course, farmland. He was first introduced to the Land Investment Expo as a guest of T. Boone Pickens, our keynote speaker in 2014.

The Land Investment Expo seeks to provide opposing perspectives from speakers with diverse backgrounds while addressing controversial industry topics and policies. Check out these prominent speakers who have previously attended the Expo.