Impact of Rice on U.S. Agriculture 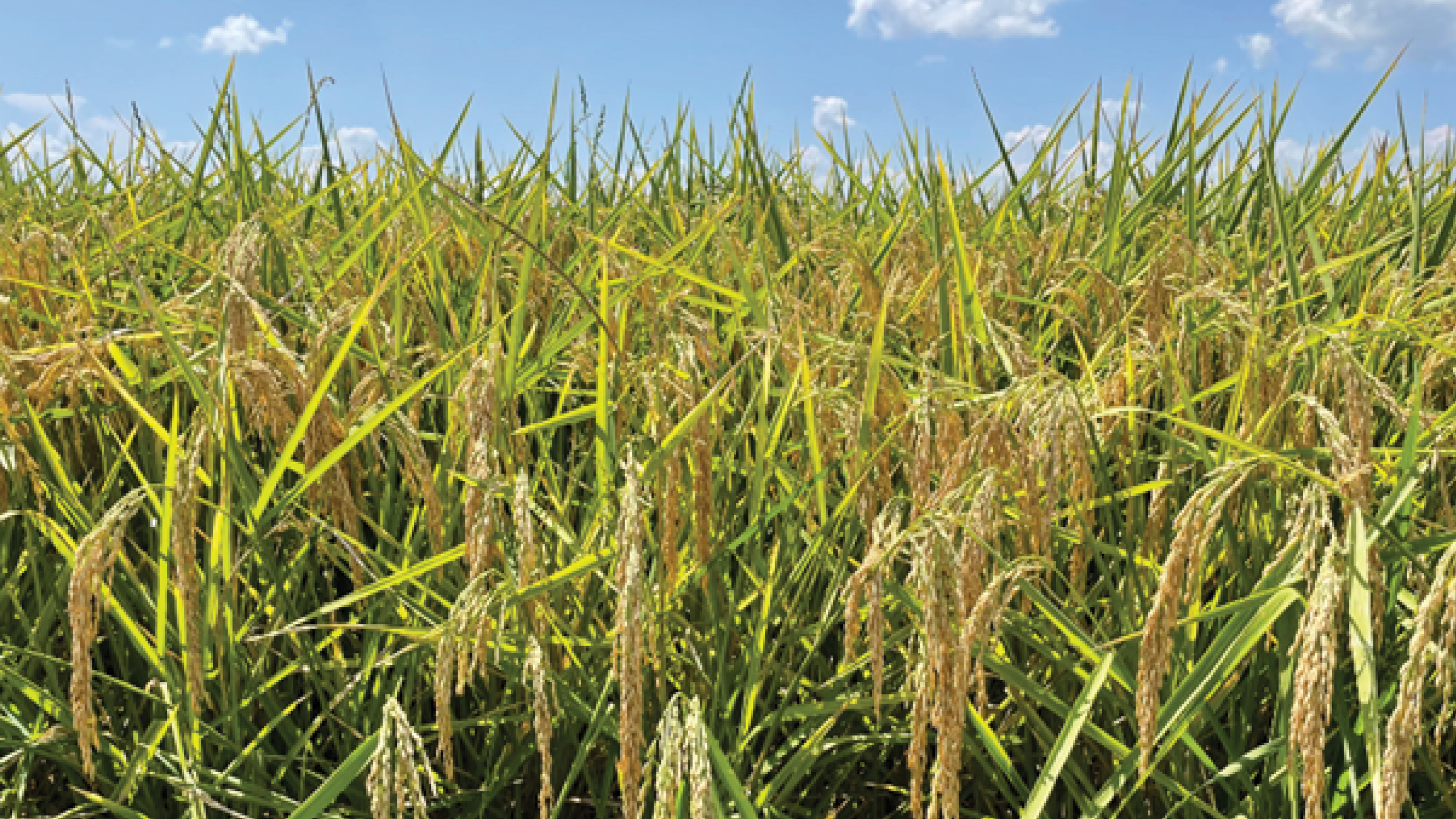 Rice makes up less than 1% of all traditionally grown crops in the United States but makes a huge impact around the world.  In the latest USDA report, the U.S. rice acreage was set at 2.343 million acres, with 49% being grown in Arkansas. The July forecast called for higher domestic use.  However, they all called for lower exports and larger ending stocks. The strength of the U.S. dollar in recent months hasaffected demand for US rice.

Prices have remained steady despite the recent changes, primarily on reduced acreage. Most of this being in California, where an extended long-term drought has decreased the state production to its lowest levels since 1958.

Before we take a deeper dive into rice markets let’s look at some interesting facts about rice.

- The U.S. rice industry produces 20 billion pounds of rice annually.
- There are 5,563 rice farmers throughout the country that grow rice across a collective 2.8 million acres.
- Most of the farming is done by family farms across six major rice-producing states of Arkansas, California, Louisiana, Mississippi, Missouri, and Texas.
- On average, each rice farm contributes $1 million to the local economy.
- The U.S. rice industry contributes more than $34 billion to the U.S. economy annually and provides jobs for more than 125,000 people in the U.S.
- Each year the U.S. rice industry distributes 40 million pounds of rice to combat food insecurity.
- 95% of all sushi eaten in the U.S. is made with U.S.-grown rice.
- 80% of all the rice consumed in the U.S. is grown in the U.S.
- The average American consumes 27 pounds of rice per year.
- U.S.-grown rice is naturally gluten-free and the least allergenic of all the grains.
- All U.S.-grown rice is sodium-free, cholesterol-free, and GMO-free.

Marketing and Use of Rice

Five different products can be produced from rough rice: hulls, bran, brown rice, whole kernel milled rice, and brokens. Brokens are separated into two categories: second heads which are used for flour, and brewers which have been historically used for beer and in pet food.

The first stage of milling removes the hull, producing brown rice that can be cooked and consumed. The next stage removes the bran layer, leaving whole-kernel milled white rice, but creating some broken kernels as well. Most of the bran is used in animal feed.

Prior to milling, rough rice may be parboiled, a process of soaking the rice in water and steaming it under intense pressure. Parboiling makes the rice less likely to break during milling and pushes nutrients from the bran layer into the kernel. Parboiled rice typically sells at a premium compared to regular milled rice.

Long-term growth in rice consumption in the United States is partly a result of the Nation’s changing ethnic composition, with high per capita rice-consuming groups increasing their shares of the U.S. population. Rising demand for gluten-free and continuous introduction of new rice-based products have also contributed to growth in domestic use. Domestic uses of rice include food for human consumption (both direct food use and processed foods), beer, and pet food.

Rice is the primary staple for more than half of the world’s population with Asia, Sub-Saharan Africa, and South America the largest consuming regions. The United States ranks 5th among countries that export rice. Exports totals in 2021 came in at $1.9 billion or about 7.5% of all export markets behind India, Thailand, Pakistan, and Vietnam. India by far is the largest exporter of rice topping $9.6 billion in 2021 or 37.5% of all exports. There are also a few other countries that produce rice that many don’t even recognize as rice producers.  Italy exports about $721.3 million annually (2.8% of all exports), Belgium exports $397.8 million annually (1.5%), and the Netherlands exports about $318.2 million annually (1.2%). 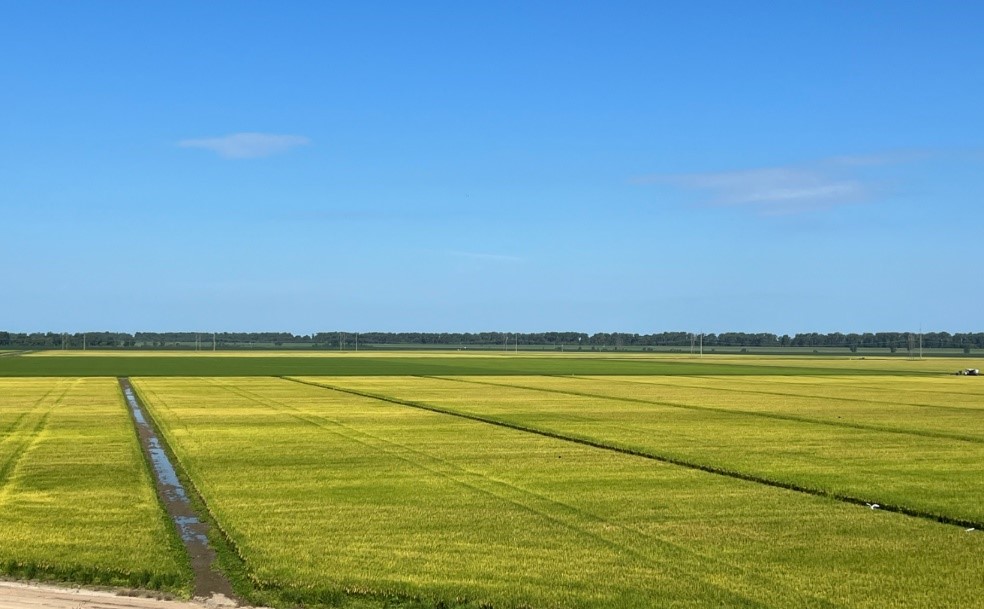 U.S. rice imports have trended up sharply over the past 20 years. Most are aromatic varieties from Asia, jasmine from Thailand, and basmati from India and Pakistan. In addition, China has recently returned as a supplier of medium-grain rice to Puerto Rico, a U.S territory. Over the past 5 years, the United States has imported about 11% of its total supply of rice, with a high of 14% in 2019/2020.

Until the pandemic, rice had been held in a trading range of about $4.75 to $5.50 for the last 10+/- years. However, short production and increased demand finally pushed us to about $6.30 per bushel (USDA Price Target) and markets have continued to improve.  In the latest USDA outlook, long-grain production is forecasted at 140.3 million cwt, and combined medium and short-grain production is forecasted at 35.7 million cwt. Combined medium and short-grain production is still down 24% from a year earlier and is at the lowest level since 1985/1986. All rice exports for 2022/2023 are unchanged, with an increase in milled rice exports offset by a decrease in rough rice. Projected all rice ending stocks are raised to 36.5 million cwt, up 1.0 million from last month, but still 12% lower than last year. 2022/2023 all rice season-average farm price increased by $0.27 per bushel to a record $8.26 per bushel, compared to last year’s $6.86 per bushel, with increases in both long, medium, and short-grain.

I did not grow up around rice but have had the opportunity to work with rice growers around the Mid-South for almost 29 years. The diversity of crop mix rice brings to a portfolio can increase overall returns. We would welcome the opportunity to discuss this further or better yet would enjoy the opportunity to spend time looking at rice farms with you so we can provide more insight into this market. Landmark Ag and Peoples Company are happy to answer any questions or assit you in further exploring opportunities within the rice. Please contact us today, George Baird, or Drew Cohn at drew.cohn@peoplescompnay.com. Have a RICE day! 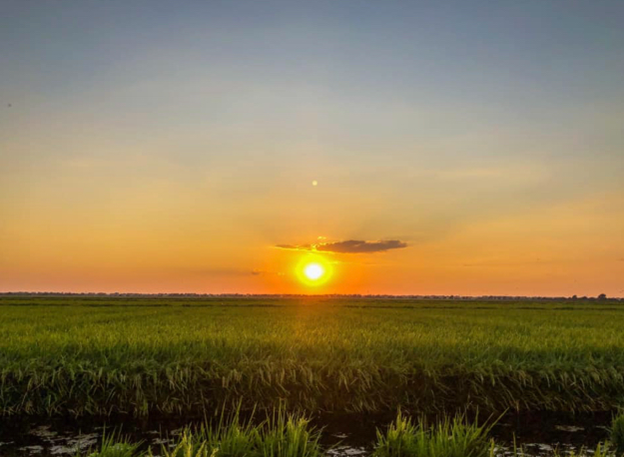